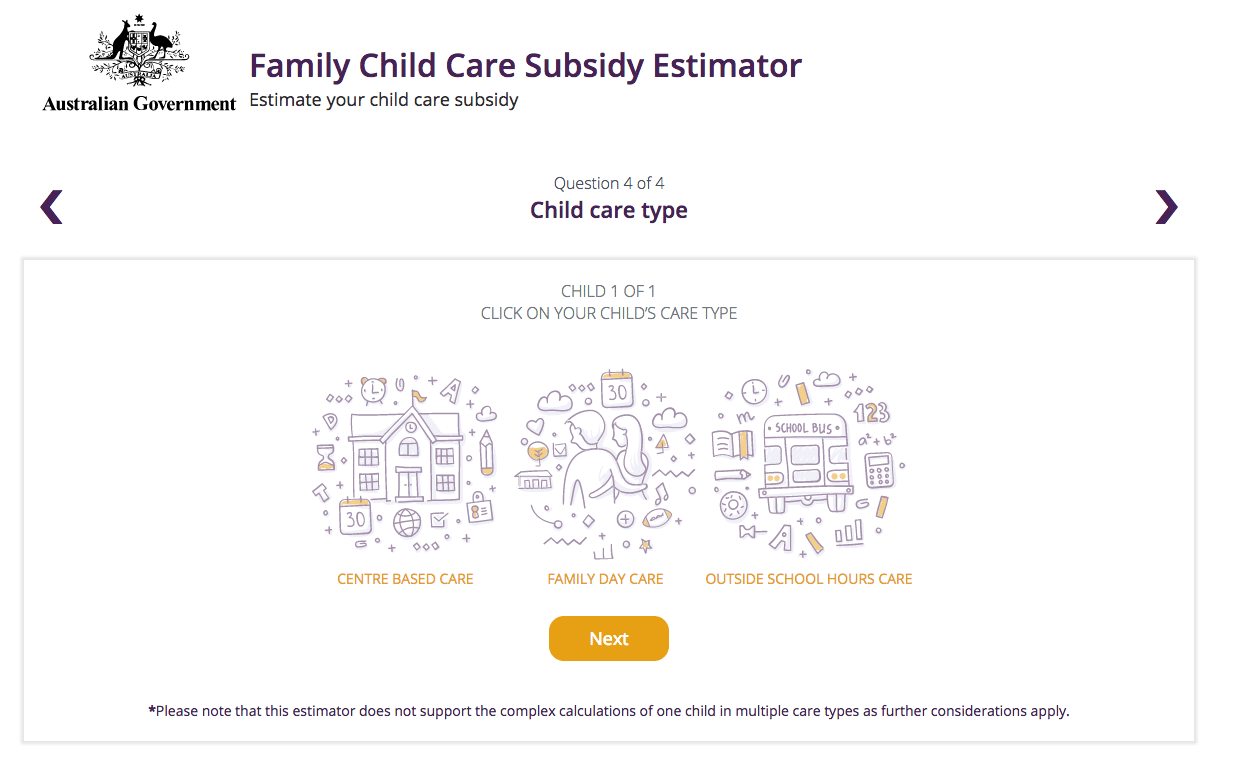 Datalabs were engaged to help the Department of Education and Training provide a clean and simple user interface in which parents and carers of children could estimate the amount of money they may be entitled to receive as part of the Australian Government’s New Child Care Package.

Firstly, we had a lot of new information to wrap our heads around. In order to build this interactive web interface, we had to understand the different types of care, mixed care amongst siblings, how various types of cover tapered on or off when circumstances differed, and, how entitlement levels were based on the hours in before and after care as well as the number of hours the parents worked.

For our third big challenge – time – we had to not only work quickly, but precisely, too. We also had to allow ourselves extra room to be agile in our methodology. And because we were, we were able to complete the project in a two-week time frame. Our developers are amazing! You’re amazing, guys! Amazing!

As a whole, the design was kept simple and clean to make sure that the journey through the tool was clear and functional. The design’s function was to facilitate the user being able to input their data from simple information (for example, single child in one form of day care) through to the more complex (say, several children in different types of care) while still having an estimator that was able to use whatever data it was given to create an estimate of the assistance based on this data input.

A final but important aspect of the design of this project was that, because so many different Australians from different demographics would be using this tool, it was essential to make the interface and the overall UX as intuitive and seamless as possible. Now, that’s no easy task, but we believe we achieved that through our design. Lastly, because this tool was for a government website and needed to align with their already-developed best practices, the site (tool) needed to meet WCAG 2.0 web accessibility standards.

Want us to look at your project? Got an idea for an interactive…