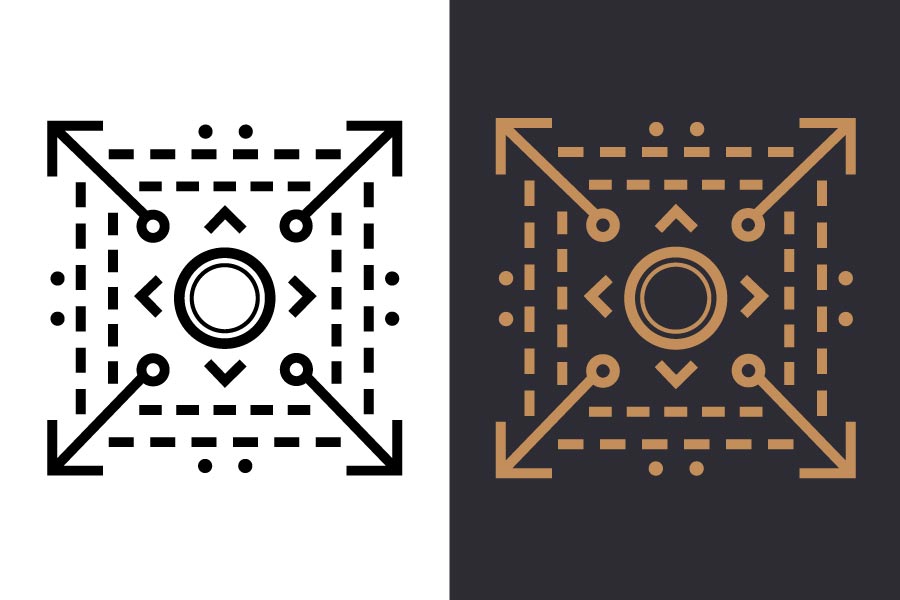 When creating illustrations for campaigns, there are several points to be considered in terms of what format to use. Vectors and pixels are the most common formats. They both have their own uses and pros/cons, depending on the need. To decide, it is important to know the key distinction between both — which lies on how the image is structured.

Tiny squares called “pixels” make up pixel-based graphics. Most common file formats for pixels are JPEGs, GIFs, and BMP images, known as “bitmap” or “raster” type files. For instance, photographic images are always made up of pixels, which makes for an easier blending of colours because each tiny pixel block can be coloured individually.

Raster graphics have a fixed number of pixels in the grid, measured by pixels per inch (PPI). Therefore, image resolution is fixed, and scaling the size will result in a change in resolution. Have you ever seen a pixelated image? That’s due to the size being blown up out of proportion, which makes the image look “blocky”.

Vector-based graphics, on the other hand, are mapped out using mathematical equations. An example is fonts, which are always vector-based, allowing for efficient colour changes and size-scaling without the loss of image quality. Nevertheless, if photos were to be made out of vectors, it would be inefficient because each shape in the photo would have to be identified, mapped out, and filled with a colour gradient.

These “paths” can be a line or a series of lines that make up shapes, which could be the building block for more complex diagrams. Paths contain mathematical statements that define how the object is displayed. As a result, vector graphics can be resized without losing its quality. Whether you are creating illustrations for web or print, vector-based graphics will come out high quality regardless of the size.

Vector graphic formats are flexible and can be used and edited in a variety of programs. The most common ones are AI (Adobe Illustrator), DXF (AutoCAD DXF) and CGM (Computer Graphics Metafile). It is important to highlight that vector graphics can be converted and saved in high quality as raster files, yet the other way around isn’t quite as achievable.

If your end goal is to create animation, vector graphic image objects can be transformed into Scalable Vector Graphics (SVG). Aside from vector files, SVG does accept bitmap and text files as well, but using vector-based graphics for an SVG animation will preserve the shape of the object and its resolution, resulting in better quality animation.

Overall, if you’re looking to save time and resources, go with vectors. It allows for more possibilities than a rasterised graphic from Photoshop (which also runs a lot slower on computers than Illustrators). Good campaigns need good quality graphics — which is why vector, in our opinion, is the way to go!